The danger of AI in the military

Artificial intellect in a military robot or drone in strictly prohibit across many nations due to the dangers of the loss of control over a learning system with weaponry. 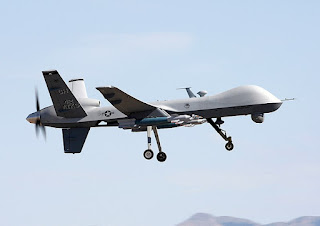 AI can effect a military in multiple ways, not just on the front line, it can also effect on military in communication and tactics.

An artificial intelligence that learns based on communication can bring up old events that has already passed back to the present, or its data can be replaced with something nasty, provoking, blacklisting and deceiving.

If placed between communication of the human element of an army, information stored can be stolen and by applying different data trained to do damage, communication can be intercepted.

Many negative effects can happen when communicating with an artificial intelligence about war, it can return to old events like they are still ongoing and can treat events in action as finished, causing a blacklisting effect.

Other negative uses of artificial intelligence is in politics, as politicians are voted for by the people upholding peoples opinions on how the country should be run. Moving away from the peoples point of view over an AI can cause damage to a nation and damage to a political representation of a party or group in politics.